India is not only known for its diversified culture and religion, but it also takes a lot of pride in its varied cuisine. Known for its sophisticated and subtle use of herbs, spices, grains, and condiments – the cuisine of India includes a wide assortment of dishes, categorized by specific regions. Vegetarianism is widely practised in India, but mainly by Hindu, Jain and Buddhist communities. Indian cuisine is slowly, but gradually making its mark on the world map. It is not only enjoyed by the Indian diaspora, but also by the general population living in Europe, America, Australia and other parts of the world.

North Indian Cuisine contains a high use of dairy products like Milk, Clarified Ghee, Yogurt, and Indian Cheese. Curries in the northern part of Indian are mainly dairy products based, with other ingredients like chillies, nuts, and saffron. Indian cuisine involves usage of TAVA (Griddle), to heat Indian flatbreads like Roti, Chapatti, and Naan. Lentils can be considered as a staple food for many North Indian households. No meal is complete without one of the many varieties of lentils dals. Also, no meal is complete without one of the several pickles as condiments in their plates.

Puri, the oval-shaped Indian flatbread is a daily food in many North Indian houses and is deep fried in oil and eaten along with chickpeas curry. Samosa is an extremely popular snack, not only in India but in other parts of the world as well. It is made with mashed potato, spices, and wheat flour. Other popular snack includes Pakora, Chaat, Kachori and Sev. Popular sweets in north India includes, Gulab Jamun, Peda, Laddu, and Gajar Ka Halwa.

South Indian Cuisine involves and puts a greater emphasis on rice grains. In every second dish,you will find the use of rice in South Indian Cuisine. In addition to this, they are also known for their variety of dals and stews. Sambhar and Rasam (forms of lentils dal) are purely delicious and mouthwatering. It is prepared with vegetables, tamarind powder, pepper and other spices. South Indian cuisine also involves heavy usage of coconuts. They use coconut oil for their curry preparation. 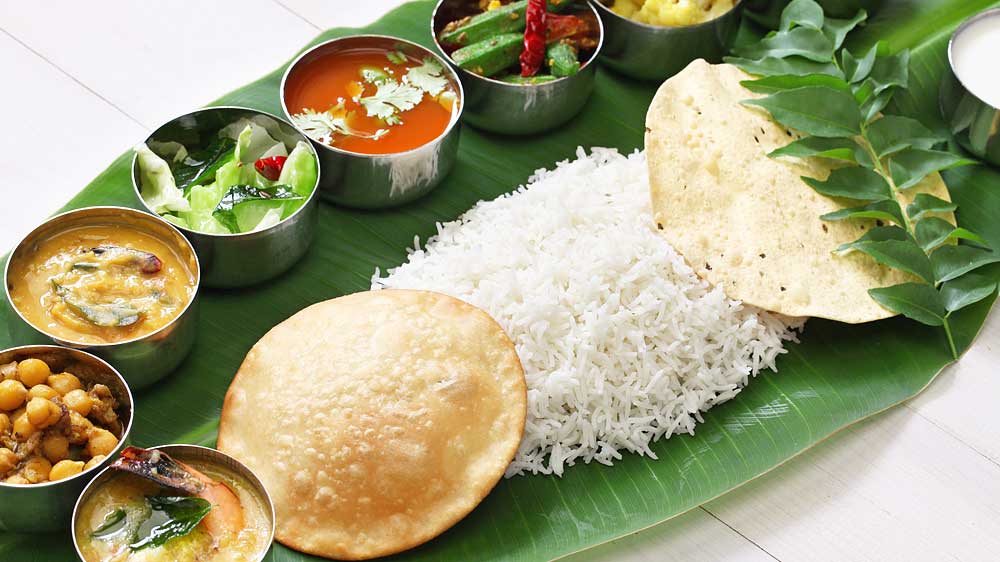 Idli, Dosa, and Vada are hugely popular around the region and is mostly eaten as breakfast with
Sambhar dal. Hyderabadi Biryani is yet another food, which is quite popular around the world
and many visitors often wish to have it, when they go to India. They are also quite known for
their drinks – buttermilk, coconut water can be considered as a substitute for water in southern
India. They like to eat their food on a banana leaf. More often than not, you will find steamed
rice, sambhar, dry curry, curd or buttermilk, pappadam and few other eateries on their banana
leaves. They believe to have six different tastes on their platter – sweet, sour, salty, bitter,
pungent and astringent. That is when their meal is complete.

The Eastern part of the country is famous for its sweets and desserts.In the likes of Rasagullas, Sondesh, ChumChum, Chhena and Kheeri among many other. The region is full of delightful sweets and desserts. One cannot resist but to have it all at once and crave for more. The East India cuisine is not too spicy. The general ingredients which one can find in their curries are cumin and mustard seeds, green chillies, cumin paste, cashew paste and poppy seeds. They like to cook their curries in mustard oil.

Just like southern India, they too have a soft corner for rice. Their love for rice is no new thing.
And it won’t be wrong to call rice their staple food. They can almost eat rice with anything. In
addition to this, fish is also widely consumed in east India. It features regularly in their meal.
Rice and fish, along with mashed vegetables is all that an East Indian guy desires of. If you know
little about Bangladeshi food, you will see quite a resemblance between East Indian Cuisine and
Bangladeshi Cuisine.

This cuisine is particularly divided into three major categories. Gujarat, Maharashtra, and Goa. Goa is on the coastal sides, involves heavy consumption of rice, fish, and coconut. Something quite similar to East India Cuisine. On the other hand, people from Gujarat mainly prefer vegetarian food. Most of their dishes have a slightly sweet flavour because of their usage of sugar. The famous food from Gujarat is Khichadi, which is a mixture of rice and dal. Their famous snacks are mainly made of gram flour and include Fafda and Dhokla. Their food is not much spicy. 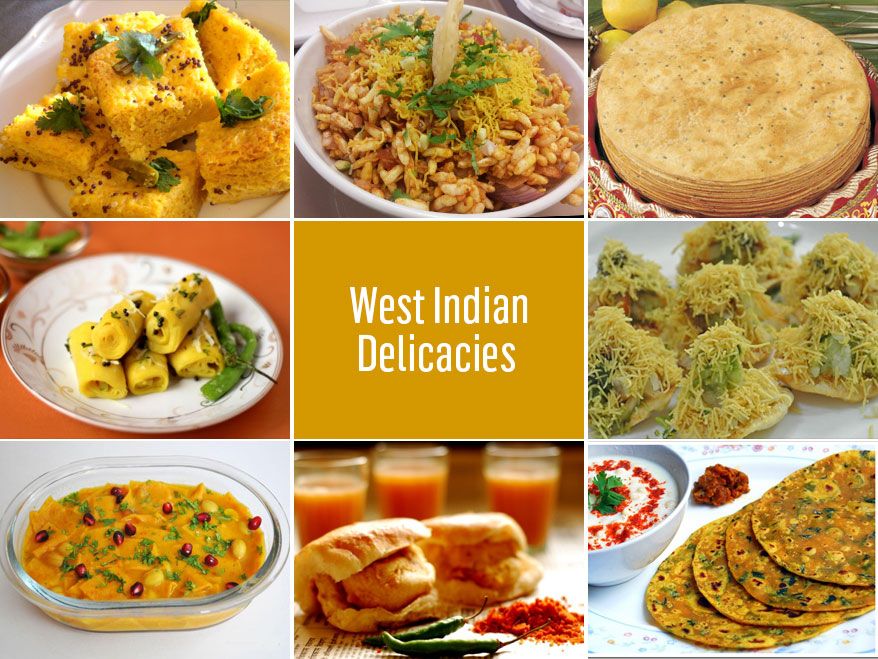 Whereas in Maharashtra, people tend to have spicy food. Their food preparation involves heavy
usage of spices and condiments. Maharashtra is known for its street food. The most famous
being Vada Pav. Vada Pav is the Indian burger and is eaten with great delight through Mumbai
and other regions of Maharashtra. They like to have Lemon Water (Nimbu Pani) in the morning
to keep them energized throughout the day. And just like other regions of India, consumption
of rice and dal can be frequently seen in every household. It is fair enough to say, that rice and
dal is the staple food of India.

Being a diversified nation, the same characteristics reflects in the Indian food as well. While
each region has their own speciality and their own way of cooking, it is no denying that every
regional food is as amazing as its counterpart. From desserts to the main course, from chilled
drinks to healthy food, hundreds and thousands of options are available.

The only question is how much can your stomach take?